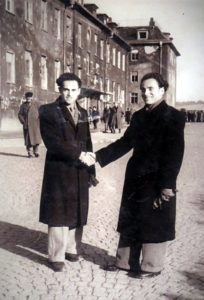 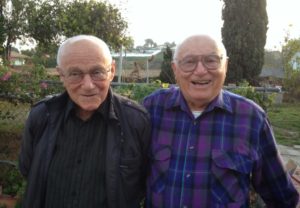 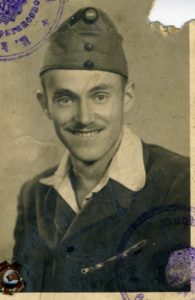 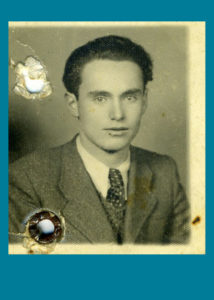 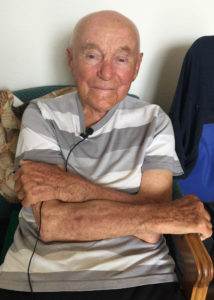 Born January 6, 1923, in Spermezeu, Romania, a region of Transylvania, Bela lost his father soon after World War l.  Relatives helped support the family. At the age of 10 with only a 6th-grade education, Bela had to look for work in order to help support the family.  Bela worked at a Shoe Factory assembling shoes with his identical twin brother Daniel who also found work in a Tailor shop.

Romania ceded Northern Transylvania to Hungary in 1940.  About this time Germany made allies out of Hungary and Romania, only to occupy the countries.

At the age of 21 (1944), Bela and Daniel were drafted to serve in the Hungarian labor service; family members had to pitch in for uniforms and boots. They were in the Jewish Battalion (Labour Battalion) commanded by the Arrow Cross Party.  They traveled from Northern Transylvania to Budapest.   Jewish soldiers ended up as forced labor (slaves) under the Germans, also called the Labour Service System.  His entire family was displaced. He never heard from or saw his mother again.

“The Nazis would work the soldiers all day until late evening, mainly digging trenches. Food and water were scarce, we would get a half loaf of bread every 3 days.  If we were lucky we would find insects and snails to eat.  Sometimes you would chew on the leather of your boots just to have something to chew.  We would share what little water we had to drink.”

“The Russian soldiers were advancing towards Budapest and the Nazis were worried we would retaliate. We were picked up by the SS and ended up in a labor work camp (Buchenwald) that felt more like a death camp.  The SS were brutal, food was hard to get. I remember having soup but sparingly, sometimes there would be potato peels in the soup which would be the best you could have.”

“The hardest times I remember, when people were dying all around you.  If people didn’t die of starvation they died of disease.  I recall being in a crowded barracks, 3,4 or sometimes 5 people per bunk.  By the next morning, people next to you would be dead. Death was all around you. At times I could not remember when I drank water or ate anything. Don’t know how long I was at Buchenwald, time stood still. It was Holocaust hell.”

“One day I noticed that the SS were leaving, I looked up and the towers were empty, people started tearing down barriers.  This is when I realized we were about to be free.  Soon after the US Army rolled in and liberated Buchenwald.”

Covered in lice Bela remembers being stripped of his clothes and covered in white powder.  He and his brother were sent to a hospital that used to be a grade school. They spent over a month in the hospital recovering from Typhus; everyone in prison had Typhus.

All that Bela could think about was returning back home, but home would never be the same. Everyone back home was gone.  After recovering and getting his health back he returned to Germany, this time to help with the recovery. Bela joined the United Nations Relief Rehabilitation Administration (UNRRA). He served as a UNRRA Police.  Money had no value, long lines of people waiting for food rations. About 11 million non-Germans were displaced. Bela and Daniel signed up for relocation and were lucky enough to have someone sponsor them in the United States. Bela wanted to be in the land of the free, but he knew the process was slow and overwhelming for all. The good news came when he and his brother were granted permission to relocate to the US. In December 1948 Bela and Daniel boarded the USS General S. D. Sturgis in Bremerhaven, Germany and headed to Argentina and then transferred to the USS General R. M. Blatchford to continue their journey.  On March 14, 1949, they set foot on US soil for the first time, arriving in New Orleans at the age of 27.

With $25 in their pocket provided by the US Government, they took a train and bus to Oakland California where their sponsor lived.  They did odd jobs, as they settled in, until they could find work in their trade. Bela found a Shoe Cobbler job that paid $24 week, and Daniel found work in a Tailor shop. They worked in the Bay Area for 10 years. After saving enough money for a car they bought a Chevrolet, they packed their bags, and moved to Chula Vista.  They started working again as a Shoe Cobbler and a Tailor for shops in downtown San Diego for a few years and then became business owners of Mark Bros. Shoe Repair on 5th and Market in downtown San Diego. Bela operated the shoe repair shop for over 30 years, Daniel continued to work for a Tailor shop and eventually opened his own shop. Both worked hard in life so future generations could live a better life.  Both did not want to see this history repeat itself.