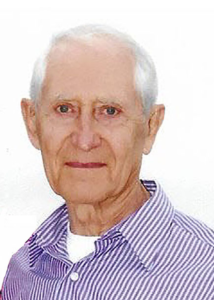 Many years ago in National City, California just on the edge of where 805 and Sweetwater Road is now, was one of the best egg farms. Fanny, with her beautiful smile, would greet customers selling the freshest eggs, even allowing children to play with the baby chicks. South Bay was growing and was the perfect location for a freeway to be built. Due to this, the Schauder family relocated to San Diego, as the government took over their egg farm by eminent domain. They continued their visits to South Bay to visit and join in on Jewish activities.

After the family lost their egg farm, they pulled together just enough money to purchase a property in Kearny Mesa. The initial plan was to start a furniture store, just like the one they had in Europe before the Nazis invaded the night of Kristallnacht on November 10, 1938. On that horrific night Markus Schauder, Paul’s father got arrested and sent to jail. Paul was just seven years old. Paul and Jack along with their mother Fanny decided that it was best to build a liquor store. Numerous members from the Jewish community shopped at this store because of the variety, convenience, and friendliness.

Paul and his mother, Fanny were very gentle, soft-spoken people and his brother, Jack had a smile that warmed your heart. It is difficult to think that this family suffered so much having been placed in a children’s orphanage. By August 1943, both Jack and Paul escaped but their older brother Hermann refused to leave. Hermann was killed in Auschwitz.

Through all this darkness a beam of light by the name of Otto Hoerner arranged for the 2 brothers to hide in his barn. As the war was coming to an end in 1945 the brothers reunited with their mother. In September 1946 the brothers and mother set sail to New York. Paul knew he had found freedom when he laid eyes on the Statue of Liberty.

Paul decided that he should go back to school and he received his accounting degree from San Diego State University. Through a mutual friend, Paul met his bride to be, Joan, and they got married in July 1962.

Joan knew of Paul’s past from hearing stories but Paul opened up to his granddaughter, Talia. Joan and their son Mark mentioned that Paul never wanted to go to Germany but in 1995 he took the family and returned hoping to find the place where he hid. He took the old familiar trains and recognized so many things but when it came to finding the place where he hid, it was not found. He was disappointed that he could not find the place that kept him alive. Two years later he returned hoping to show his family something that meant so much to him. He retraced his steps only to discover that there were two fences where there once was one and alas, he found the property. He approached the people living there and asked if this was the home of Otto Hoerner. The place where he and his brothers hid was gone but the family had saved a gate. They wanted Paul to take the gate which was impossible.

They were blessed with three children along with beautiful grandchildren that continue to keep his legacy alive. His granddaughter, Talia spent numerous hours interviewing her grandfather as she learned about his past and discovered who Paul was. Just when Paul and his family had seen the worst of the wars he and his wife Joan faced their home burning in 2007 in Rancho Bernardo. As he had build his life from nothing before he rebuild the home.

Paul was a kosher vegan vegetarian and understood the healthy choices that needed to be made when it came to food, only because there was such a lack of it when he was growing up. Cancer took Paul’s life this year. His beautiful wife said that Paul felt very passionate about Israel and education. He had the philosophy that we need to support the ones who are in need and always give willingly. He made sure that his kids got an education and could stand on their own two feet. He is blessed that his legacy will continue to be told so that we never forget.